Finding Similarities in Our Differences

I went to two classes at the secondary school yesterday – in the morning I attended an English class for 16-year olds and in the afternoon I went to a science class for 17-year olds.

In both classes, the students were well behaved, attentive, and doing their work with respect.  When it was time for the science students to get their microscopes, they did so without problem.  When the students were asked questions they did so with focus and intent.  They were relaxed, and participatory. Several students had their shoes off with their thick woolly socks poking out from under the desks. 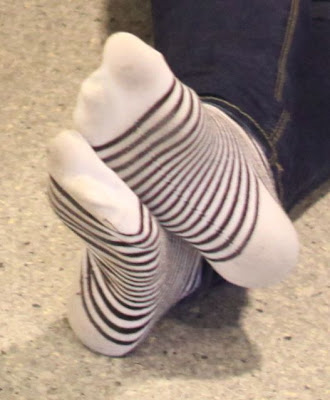 At 15-years old, Finnish students are done with their compulsory education and can either continue with secondary school, go to a technical/vocational school, or not go to school at all. Any or all of these choices is acceptable but they are encouraged to participate in some sort of continuing education.  The young people can change their minds later – even much later in their lives. The students I observed were in secondary school by choice; they had the goal of continuing their academic education, and, I imagine, going to the university for further training.

I wondered if students felt pressure to go to college like they do in the U.S. and I had the opportunity to ask a 23-year old man this same question. He said no, he couldn’t remember ever being pressured to attend a university but he always felt he would pursue a higher degree. 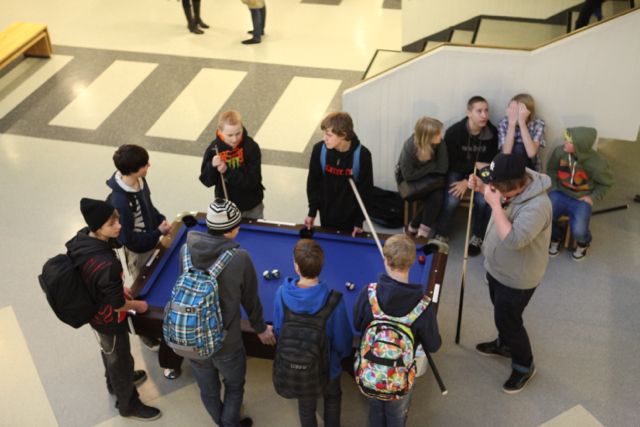 In English class, the students were asked not only to learn vocabulary words in their English class, but to determine how these words and meanings are used differently in British English and American English, an important distinction in the European Union. They also read a story about Amelia Earhart and how she found the courage to pursue her dreams.  The teacher was emphatic about telling the kids that they should feel good about themselves and pursue their dreams and not to be shy about it - which is not typically Finnish. She encouraged them to go about getting their dreams by "going through the gray wall!"  (What is the gray wall? I didn't know so I asked her about it later; she said it refers to a very important Finnish story called, "Sisu," which is about using perseverance and doggedness to accomplish one's goal.) 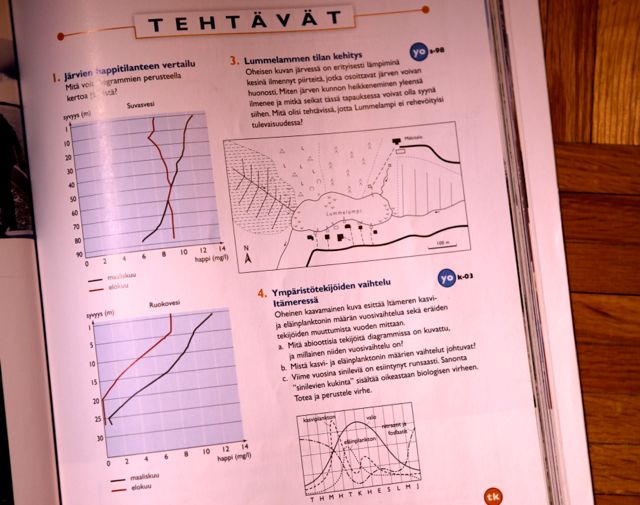 When the students left the classroom, not all the chairs were pushed in and several students chose to leave papers on their desk and not clean up after themselves.

After school, there were students smoking just off the school campus and others in the school hallways clearly rebelling against the system. I've heard these students would more aptly be the 7th and 8th graders - those who were here still completing their compulsory education.

In many ways our children are the same but the conditions they are in are quite different.  I'll be sharing more in the days to come.