One wonders if good ever comes from war, or if good comes despite it; if the anger and aggression that occurs between people can be remembered long enough to change our social behavior into one that prevents these atrocities, and to bring us forward as a united people whose first priority is to let all of our children and families prosper without threat of danger.

One has to wonder.
Senator Fulbright must have wondered this, too, because in 1945 he introduced a bill to support the exchanging of students between the United States and other countries in the fields of education, culture, and science - to increase the chance for peace - and to pay for these exchanges with the money from World War II surplus equipment.

Maybe, just maybe, it could help.

This is how the Fulbright Program began 67 years ago.  To date it has provided opportunities for more than 307,000 participants in 155 countries to observe and share in each other's "political, economic, and cultural institutions;" to exchange ideas and to work on joint projects to improve the general welfare of the world's people.

I remember the first time I went to the J. Paul Getty Museum at the Getty Center in Los Angeles; it sits atop some of the most valuable land in Los Angeles and you can see the Pacific Ocean for perhaps 235 degrees.  It was the first week the museum was open, the gardens had just been planted, the paintings had just been hung, and there was a newness and excitement about this grand new museum finally being open to the public.  It was a fabulous and inspiring experience to see the buildings, the view, and the artwork it showcased.  Our group went home renewed after spending time in its beauty.

Yet someone wrote something in the newspaper about how the money should have been spent elsewhere - on housing for the homeless, on feeding the poor, or some other well-deserving social project.  These are all very good causes and I believe in them, but in this case it bothered me; there is also great value in renewing and inspiring the human spirit.  The Getty Museum on the hill did that for me and it continues to do so for thousands of people per year.  Who can put a price tag on inspiration when these people go home with a new and refreshed attitude and this can translate into inspired work in their own communities - for the homeless and otherwise? This has tremendous value! 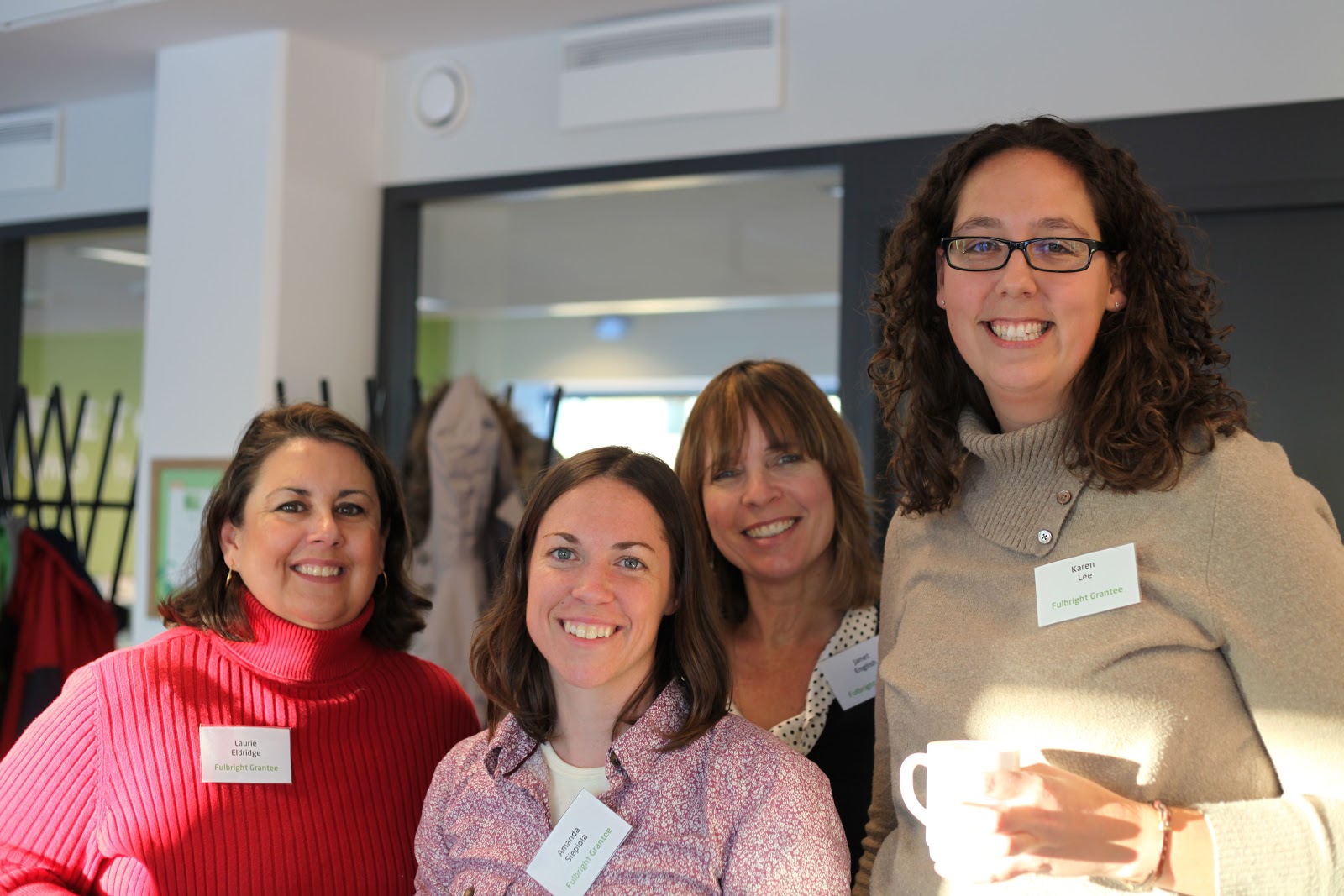 
I believe the same can be said about the Fulbright Program.  The value of the money invested can never be calculated to enable us to understand the full value of people meeting people across cultures.  I guess a better question to ask would be, "What is the cost to the human race if we don't have the Fulbright Program?" I hope I never have to know.

When I was accepted in the Fulbright Program I was so excited - beyond words! I also knew I would have to leave behind some very talented and deserving students I still wanted to teach in my classroom;  we know everything has a cost.  In the fall when I told my students I would be leaving for the rest of the year - only to return the last day or two - they were not happy. I teach 10th-12th graders at El Toro High School in the Saddleback Valley Unified School District in southern California. We built a program and an atmosphere together and all of us felt it strange for me to be leaving in the middle of the year.  Teachers don't usually do that - they stay until the bitter end and then when the summer comes, the students are ready to let us go.  Not this time.  For me to leave in mid-year did not sit right with them... until I explained to them what the Fulbright Program was all about. 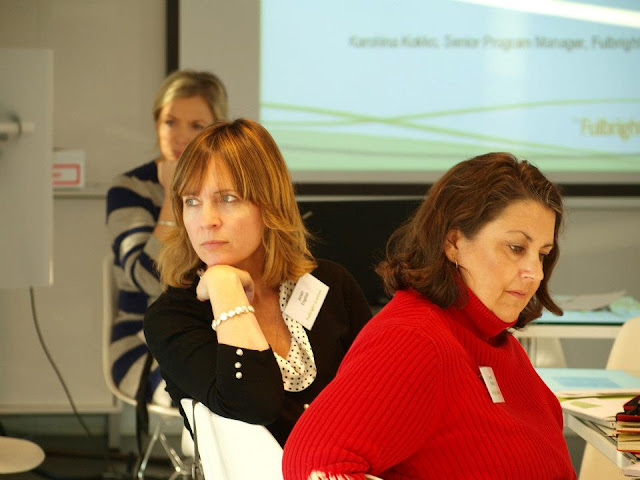 When I told them about the Fulbright Program they sat quietly, listening, with some nodding their heads.  Others looked down and smiled - the shy ones. When I told them the part about building peace and understanding between cultures, they understood.  They were behind me.  I felt so much love from them before I left there are no words to describe it, but at this point they wanted me to go; they believed in the cause.

They were willing to pay their own personal cost to make this happen. 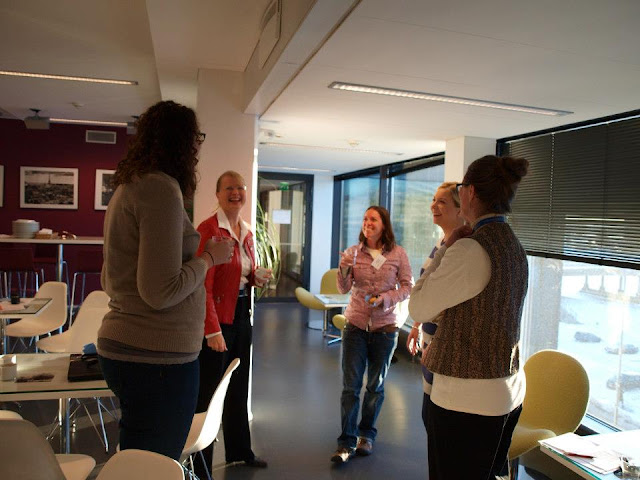 
What most people don't see, and what teachers have the benefit of seeing, is the passion and desire of our young people to build the most beautiful world.  Their eyes are wide open, they care, they're willing to work for it - and they are willing to pay the price to make the world a better place - but they don't know the steps to open the doors, they don't know whom to talk to, and they don't know how to build a structure that would be most successful.  As adults, we don't always know that, either, but we need to be able to try. That is our job.

We are fortunate that we already have a structure in place that bridges the cultures between nations and it already successfully exchanges about 8,000 people per year.  Not all of these costs are paid for by the United States, either.  In Finland, for example, for every dollar the U.S. provides for the Fulbright Program, Finland provides nine.  We truly are their guests. 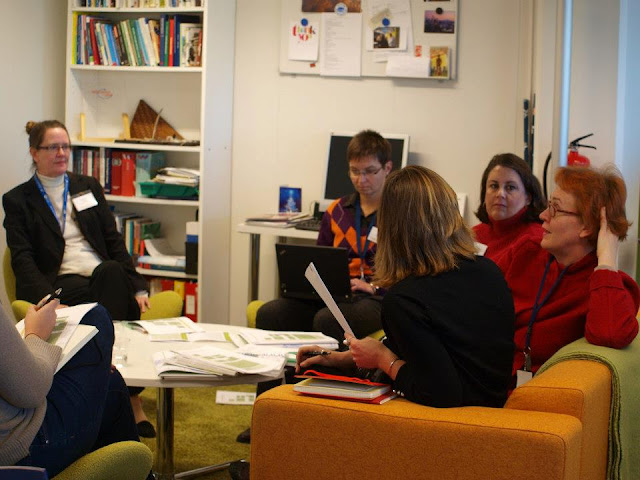 
So I have to thank the the Fulbright Center in Helsinki, the United States Bureau of Educational and Cultural Affairs, the Institute of International Education in Washington, D.C., and to the University of Eastern Finland for putting together an exceptional program for us in Finland; for us and for our children.  Thank you to Clint Harwick and the Saddleback Valley Unified School District for allowing me to take advantage of this opportunity.  And thank you, absolutely, to my students. I feel very supported and involved in a program that is professionally run and personally accommodating. Thank you for believing in peace, for helping us build understanding between cultures, and for understanding that as newcomers we don't even know how to ride your bus system without assistance.  Yes, we come as needy Americans but we are learning;  we're learning about you, about what you feel is important, and about how welcoming you are to complete strangers.

It is very warm in this cold, Nordic country, indeed. 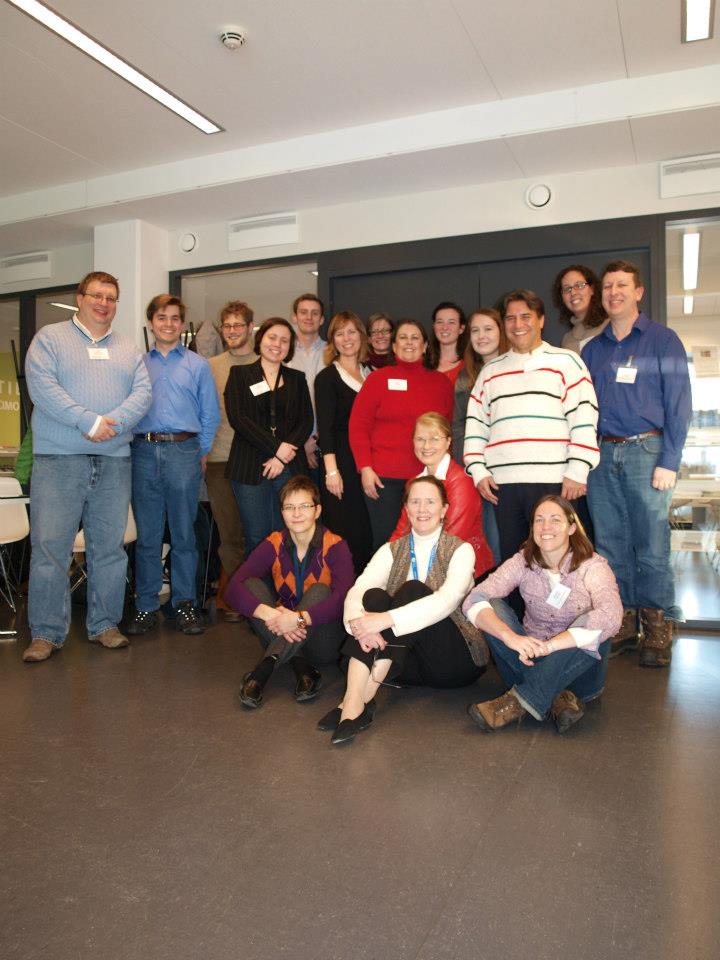 
A special note:  We have two direct descendants of Senator Fulbright working in the Saddleback Valley Unified School District. Do you know who they are?