A Saturday in Tallinn, Estonia, and a New Look at the Former Soviet Republic 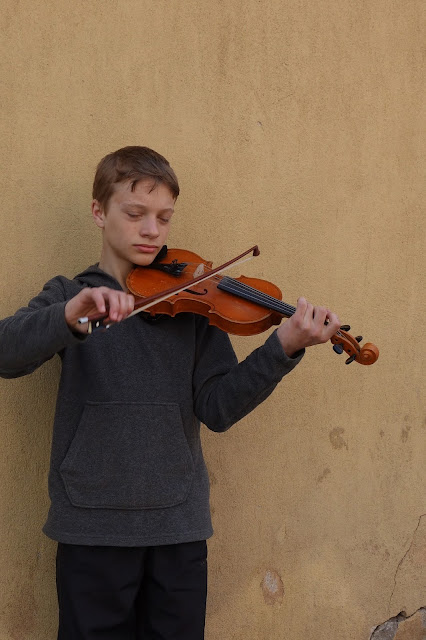 From the land of the "Singing Revolution" there are unexpected, enduring, and endearing surprises.  This musician was lost in his music as he played in the streets of Tallinn, Estonia - even as a tour of motorcycle enthusiasts passed by he seemed not to notice - the revving of the engines almost completely drowning out his music - he continued on.  A slow, melodic, captivating piece - with his eyes closed and seemingly unaffected by the noise and commotion around him. 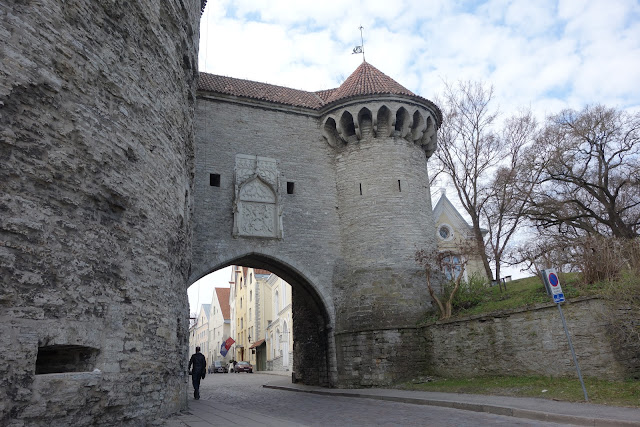 Just like the boy, I became lost - lost in the charm of Tallinn.  We came here because Dennis had seen Rick Steves talk about it on PBS and so we ventured out to see it for the day. It is a charming medieval town about two hours from Helsinki by ferry. 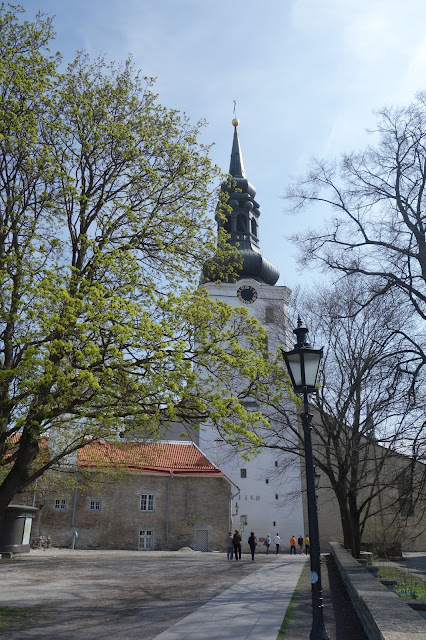 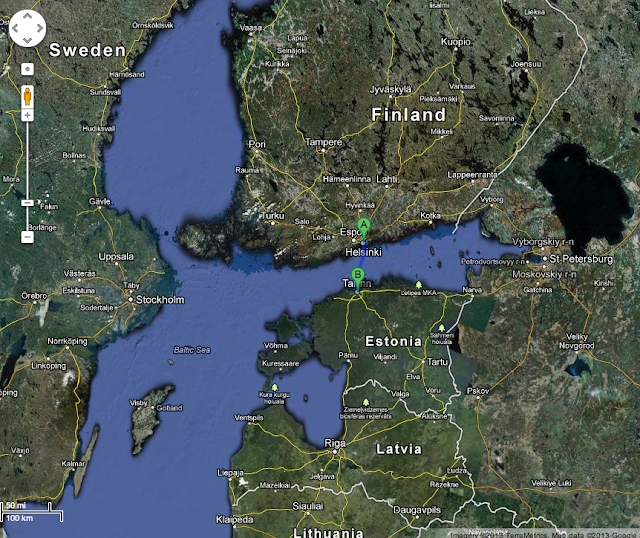 The Old Town of Tallinn has an upper town and a lower town - the upper town home to the historical administrative center and the lower town home of the merchants and craft guilds, housing for the residents and public buildings. 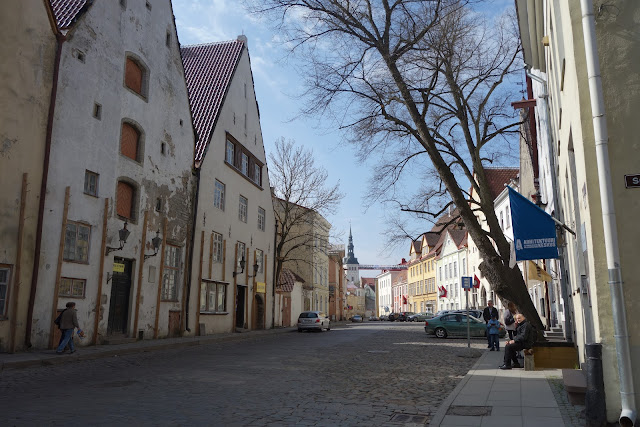 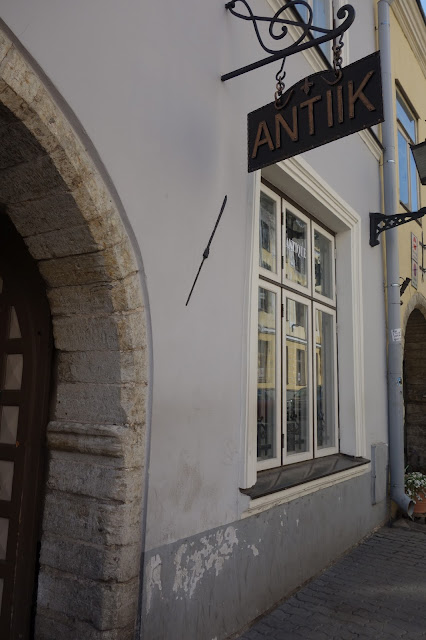 Along the main street was an antique store and I had to wonder what might be inside.  Years ago I visited Buenos Aires and when I stopped at a flea market I found a Sputnik-era pin - I've been collecting those small pins for the last few years. I wondered what I might find in this shop. 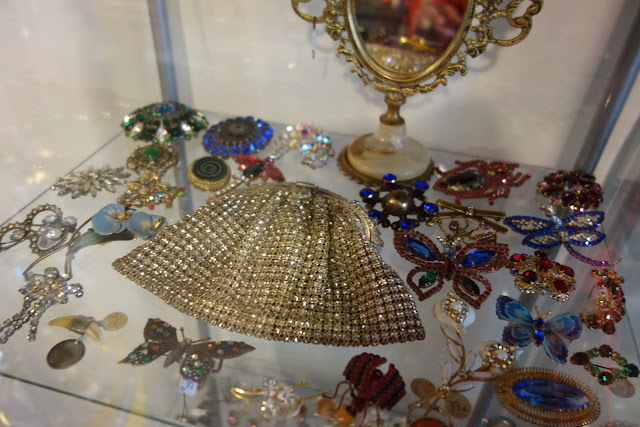 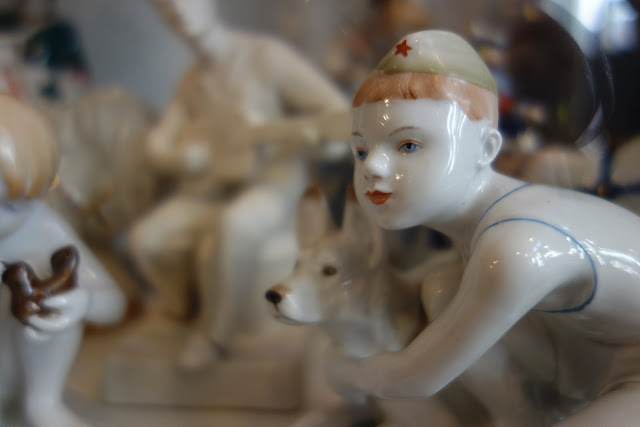 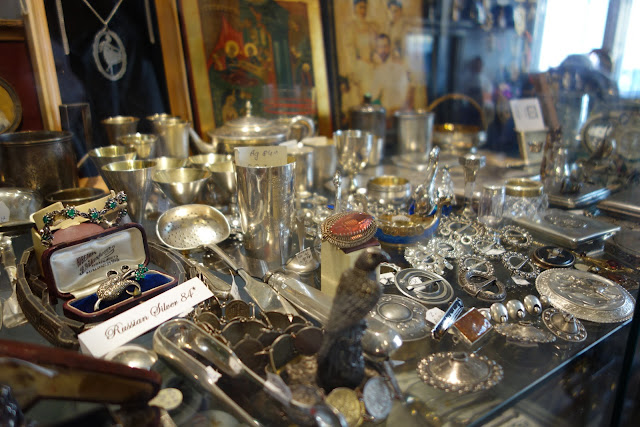 What we found was fascinating!

The shopkeeper behind the counter seemed skeptical of our visit.  I couldn't help but reflect on how in our youth both this man and I were on opposite sides during the Cold War, and now here we stood in his antique shop with Soviet memorabilia.  I wanted to connect with him and cross those boundaries, if possible. He was actually quite gruff at first and he watched us closely as we looked around his shop.  I found a pile of pins on his countertop and I asked if I could look through them.  He said, or motioned, "Yes." I carefully moved the pins one at a time.  He watched.  I moved a few more.  He continued to watch.  Dennis walked over and we looked at some together.

I asked the man if he had any Sputnik-era pins and that seemed to please him.  From behind the counter he brought out a book and opened the felt pages to the pins I requested.  I asked if I could turn the page and he motioned, "Yes."  He was relaxing. I said, "My name is 'Janet'" and he pointed to himself and said, "Vladimir."  I asked him how much the pins cost and he said, "Two euros each."  I picked out two and asked if I could buy them.  He nodded, "Yes" and I offered him 5 euros instead.  He looked at me and seemed to say, "That is not fair.  It is 4 euros."    We both grinned; the
"ice" broke. 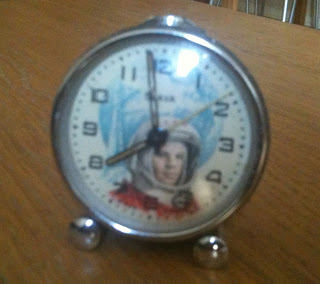 On the adjacent counter I found a Russian cosmonaut alarm clock - it was unbelievable!

In the end,  I bought the alarm clock, the pins and a small silver tricycle.  I  asked to take Vladimir's picture and he agreed, then he came around the counter.  He put his big strong arm around me and pulled me close. Before I left I reached to shake his hand, and he took my hand and kissed it. A gentle and heart-felt gesture.

Two touching moments in one day and we hadn't even had lunch! 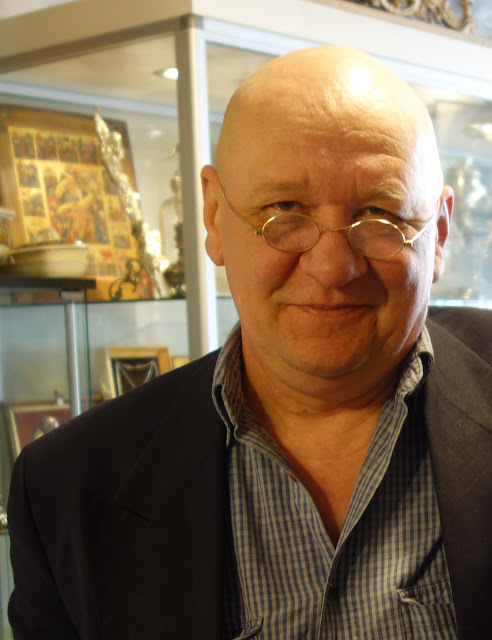 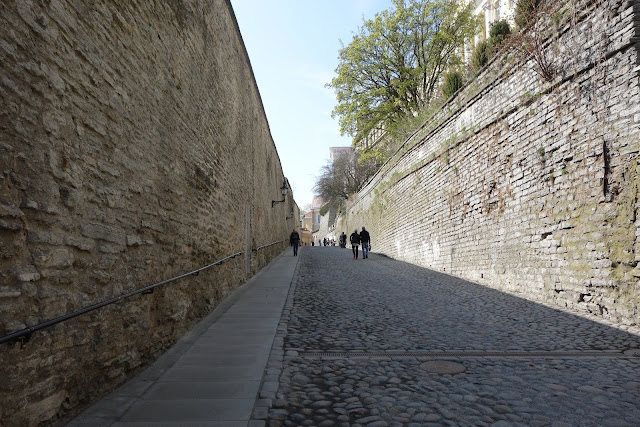 Dennis and I climbed a church steeple and from there could see the city walls and the part of Old Town on the hill.  We decided to climb the hill and as we walked up to the stone walk we both remarked at the curiosity of the hole in the wall - and what might be inside. (Dennis quipped, "May I see your shop?"  Oh, it's just a hole in the wall.") 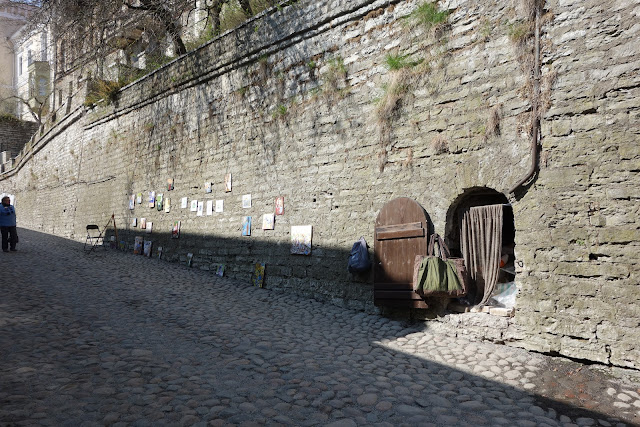 It turns out that the hole in the wall was the storage area for the local street artists. On either side of the portal hung artists' paintings and drawings. 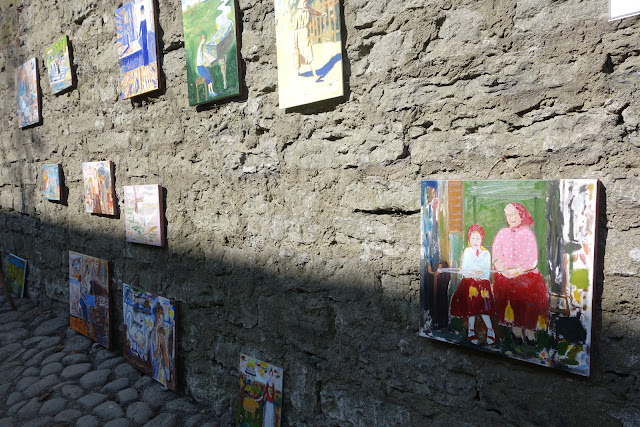 I found one artist's work quite interesting; it was fresh, unique, and I put it in contrast to the work I had seen in Paris - because in Paris we had seen many contemporary artist's work but they didn't capture my imagination. Dennis and I looked closer.

This painting caught my attention.  Knowing some history of Tallinn and how it used to be part of the Soviet Republic, I wondered if part of the artists' "fresh look" came from knowing the contrast being living under "occupation" and that of "independence."  The artist, Ashot Jegikjan, moved from Armenia to Estonia 27 years ago and at that time, Estonia was still under Soviet occupation (1944-1991); Estonia gained its independence from the Soviet Union in 1991.  I asked him about how his life was different before and after being part of the Soviet Republic and he said, "This is my life.  It is not better and not worse.  It is my life.  It is same. It is what is inside me that counts."

I thought about buying this painting because I liked it and as most pieces of street art, the prices are very reasonable, but then I thought again.... 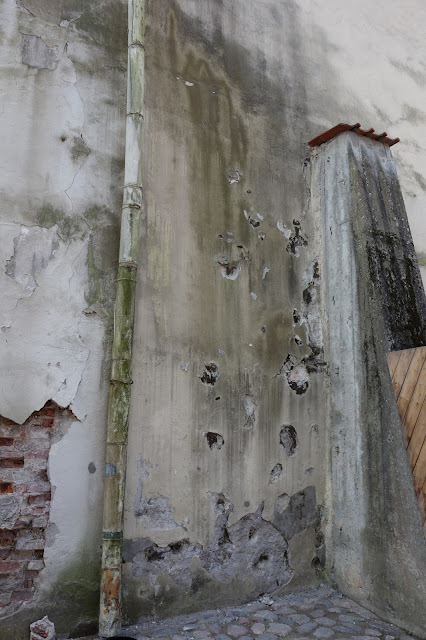 We walked on. Further along we saw marks on a wall that looked much like the bullet holes I had seen on the walls in Berlin.  I don't have confirmation that these are bullet holes but they looked oddly familiar. 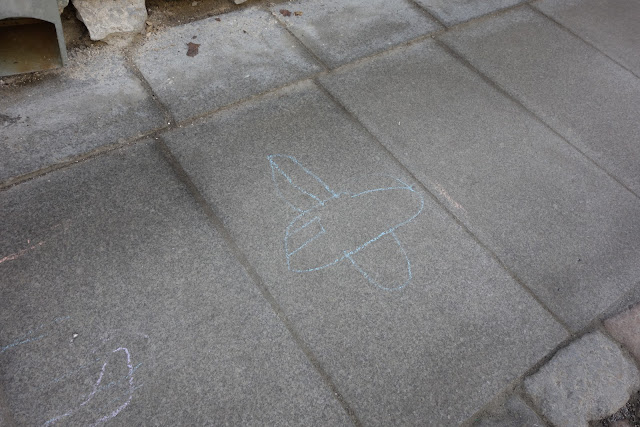 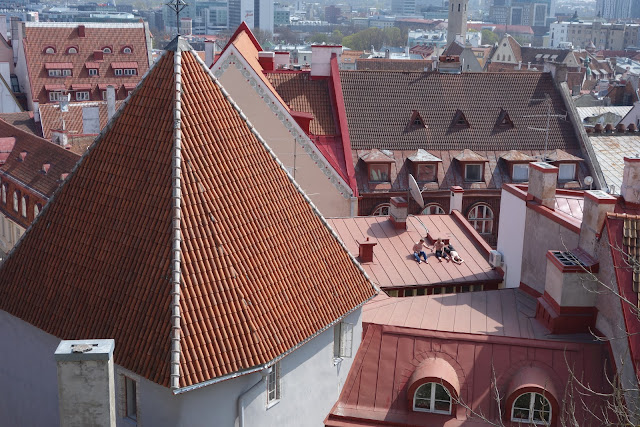 A view from one of the town's lookout points. 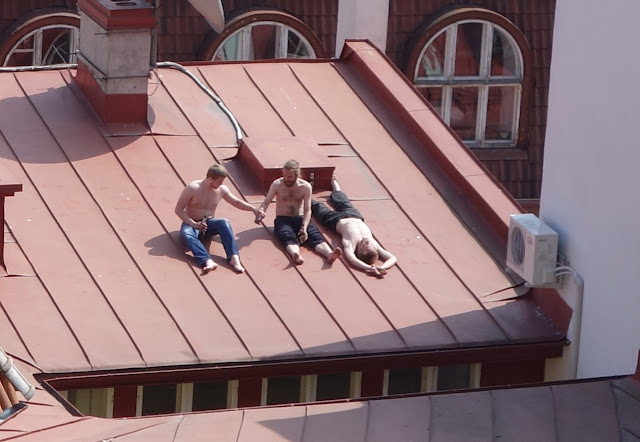 A close-up of the men on the rooftop 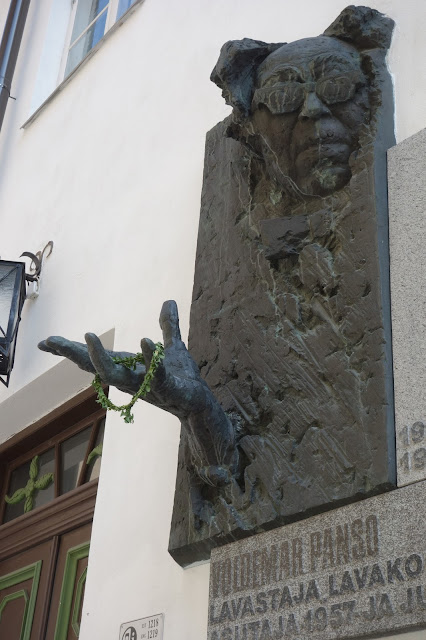 Art piece in front of a musical theater. 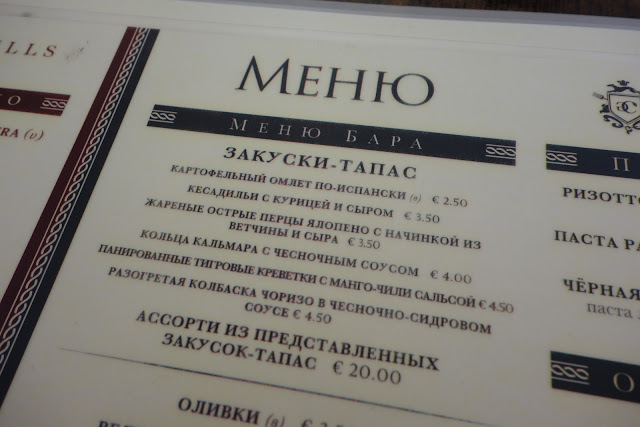 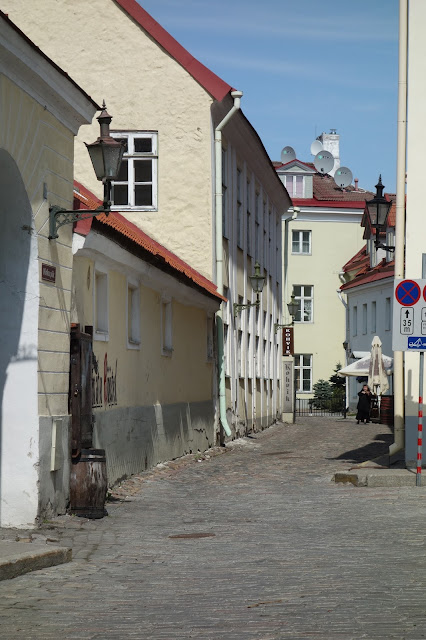 From this alleyway echoed the soothing sounds of folk music being played on violin.  If you look down the alley on the right side, there stands the musician. 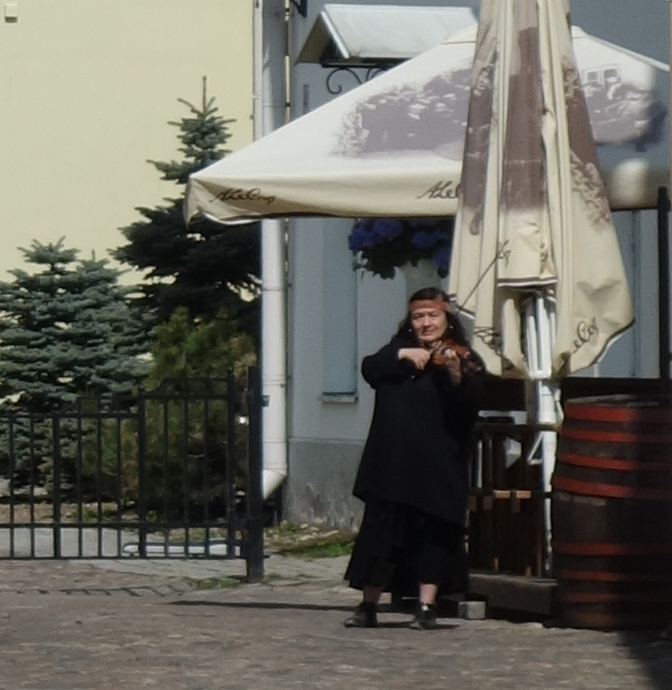 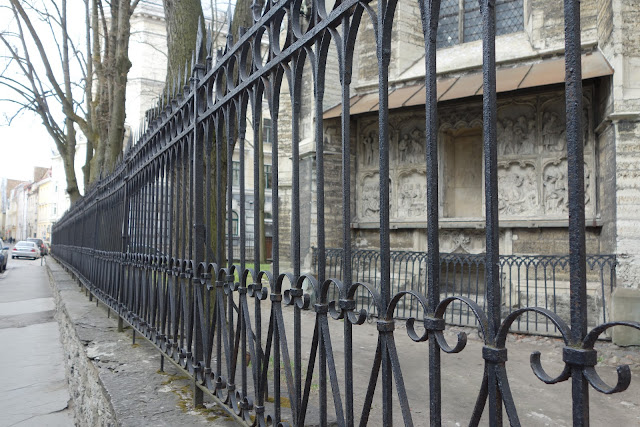 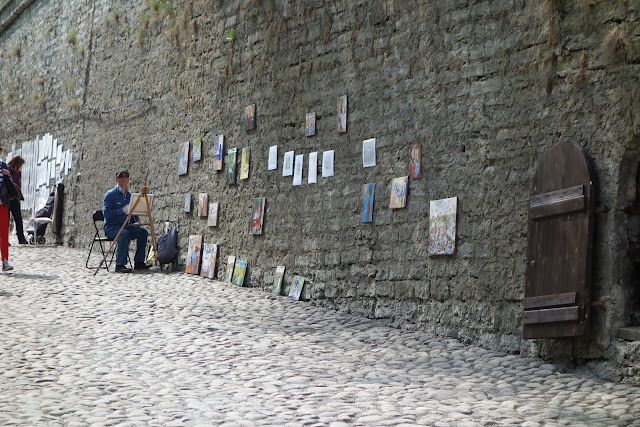 We returned to see the artist on the stone street later in the day;  I couldn't get free of "The Three Mandolins."  The artist was busy painting and even though he saw us coming up the street, he didn't interrupt our conversation.  He continued to paint. 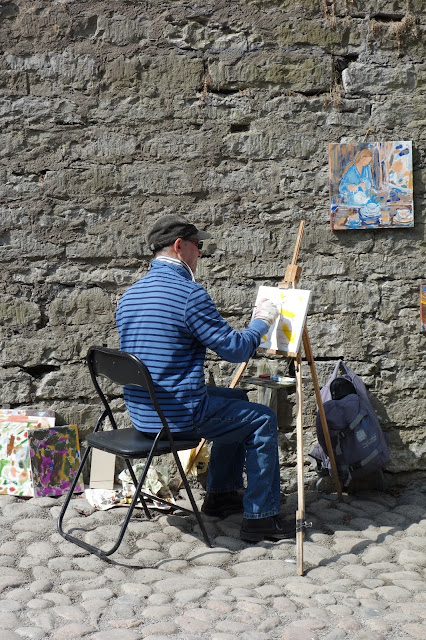 He was painting a piece called, "Dreamer" and when we approached he stood to talk with us.  Somehow, in the lovely context of the sunny day and our conversation about art, he began to sing, "Good Day, Sunshine" by Paul McCartney. I joined in, then Dennis joined in, then Ashot started to harmonize and add musical percussion to the song. It melted my heart and I've been humming the song ever since!  (Ask Dennis - it's ridiculous!)

As I completed my purchase of "Three Mandolins," Ashot told us that his goal is to have 3-4 pieces of his work exhibited at the Museum of Modern Art (MOMA) in New York City.  He exclaimed, "I love MOMA!"  After visiting Jegikjan's artwork on his web page, you decide.

We laughed and we hugged good-bye.  A touching day on many levels.  I definitely recommend a visit to Tallinn, and while you're there, be sure to connect with the locals.  You will not be disappointed. 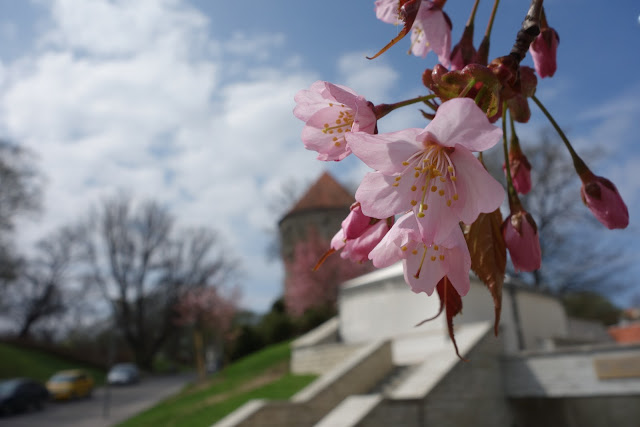 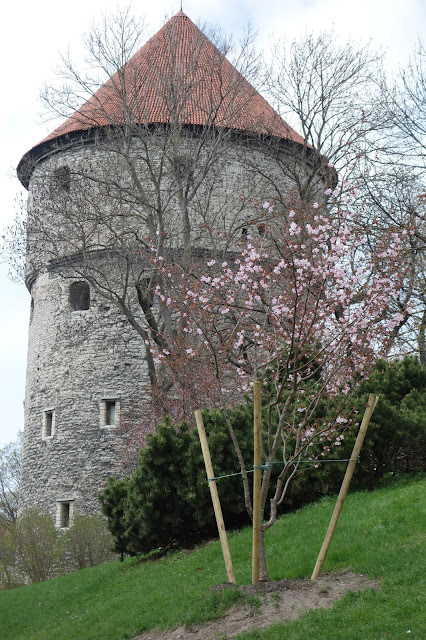 Posted by Janet English at 2:03 AM